Tyler “loltyler1” Steinkamp is an American Twitch streamer and an internet personality more popularly known as tyler1. At the time of this writing, he has a little over 3.3 million followers on Twitch.

He earned his nickname “The Most Toxic Player in North America” for showing disruptive behavior towards other players in League of Legends. Because of this behavior, he got banned from April 2016 to January 2018.

Although he mainly plays League of Legends, he built a considerable fanbase streaming different games during the ban.

Due to his massive following base on Twitch, his fans and followers are curious about what kind of keyboard he’s using, primarily since he’s known to have a filthy keyboard (pictures and details included in this article)

Before we look at the old, dirty keyboard he originally had, let’s look at Tyler1’s current gaming keyboard.

Razer is among the most popular computer peripheral brand names in the market known for its durability, quality, and unique features.

Unlike other gaming keyboards in the market that use Cherry MX switches, Razer decided to use its switch models. It’s using the Razer Green switches (works very similar to Cherry MX Blues, but louder).

Although it lacks macro keys, Razer’s proprietary software Synapse III lets you customize every key on the keyboard. If that’s not enough, Hypershift allows you to map a secondary action key by pressing the Function key + another key.

Compared to the average Razer product, this is relatively cheaper without compromising performance and responsiveness. If you’re an aspiring League of Legends player looking for a quality Razer keyboard with a tactile feel that doesn’t cost much, you won’t go wrong with this.

No wonder this was tyler1’s first keyboard when he started his streaming career. It’s from Logitech and you can assure this thing will last. The keys are well-distributed, comfortable to press, silent, and aren’t hard to press down.

Nothing better than coming home from a long day of work and watching #C9 kick some butt! Come on #C9 you got this! #C9win #Worlds2017 pic.twitter.com/9yj5fn0o2Z

Although it doesn’t have a tactile feel like the Razer Blackwidow Ultimate above, it does have a satisfying impulse feel when you press the keys.

Seeing how gross his keyboard has grown over the years of extensive usage (and it still functions!), you can guarantee that this keyboard will be worth investing. Plus, it’s cheap, which makes it perfect for beginners.

With all that covered, you should understand why it’s essential that you choose gaming keyboards according to your comfort and preference. Not only does it feel comfortable, but you’ll most certainly see an improvement in your gameplay.

But with the overwhelming options to choose from, exactly how can you narrow down your selection?

We know it can be very intimidating with all the options out there, but we’ve come up with the most useful tips that will help you pick the right keyboard for you.

Essential Tips to Consider when Choosing a Keyboard

When choosing a keyboard, the idea is not to pick what everybody else is using– it’s about picking based on the following:

There are two types of keyboard switches: Membrane, and Mechanical switches.

The most common type of switch for gaming nowadays are mechanical switches. These are almost always preferred over membrane switches by both competitive and non-competitive gamers for its fast response rate and satisfying feel.

And compared to membrane switches, they also are easy to clean, customizable, and will last longer. Membrane switches may be cheaper, but they have a shorter lifespan and feature a mushy feel when typing.

Both key switches have their strengths and weaknesses in different aspects, but it ultimately boils down to personal preference.

How much you’re willing to spend on a keyboard– or anything at all, is a deciding factor. Gaming keyboards can be as cheap as less than $50, but it can also go as expensive as over $200.

Mechanical switches are more expensive than membrane switches due to their fast response and tactile feel. While there are cheaper mechanical keyboards from no-name brands, we don’t necessarily recommend them as we can’t guarantee its durability and longevity.

Ideally, you’d want to stick around $80 – $140 for a better quality mechanical keyboard.

You won’t go wrong with either. But if you’re investing for gaming purposes, you’d want to get a wired gaming keyboard.

There have been wireless keyboards that were said to perform precisely or as close as wired keyboards. However, the reason why streamers such as Tyler1, Shroud, Ninja, and competitive professional eSports players such as Faker, Bjergsen, and Bugha use wired keyboards is that they’re predominantly more responsive and doesn’t run out of battery.

Keyboards come in different sizes and among the most common ones include:

Nowadays, gaming keyboards have their proprietary software that lets you customize the keyboard settings, shortcut keys, game-specific profiles, and lighting.

To give a few examples:

They may have different User-Interface, but the functionality of the programs works the same under the hood. The key selling points for these is how easy you can tweak and set personalities to suit your preferred games, settings, etc.

Tyler1 is known for being destructive on stream, and it’s entertaining enough for millions of people. That’s why people are curious about what gaming setup or equipment he’s been using to make a smart investment that will last.

Ideally, you’d want to go with the Razer Blackwidow Ultimate gaming keyboard because it’s the better option between the two– it’s newer, but it doesn’t cost as much compared to other Razer keyboard products. You’d only want to get the Logitech K120 if you’re starting.

There you have it guys, our review, and insights on tyler1’s gaming keyboard as of June 2020. If you’re unsure, please drop a comment in the section below with any questions you may have. 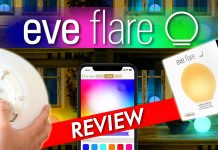 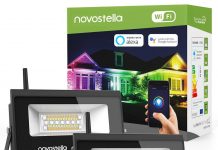 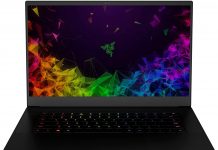 The Best Laptops For Playing Fortnite

The Best Laptops For Playing Fortnite