Creating DND homebrew monsters is one of the interesting activities that you can do as a DM. A homebrew monsters can have special traits and behavior that are unique to your campaign. However, if you’re a beginner DM, you might be overwhelmed with the process of making a homebrew monster.

In this article, you will learn the basic steps of creating an exciting homebrew monster. But if you want to run a homebrew monster right away, we’ve also reviewed some awesome choices created by other D&D enthusiasts.

A Selection of DND 5E Homebrew Monsters for You

Orc Buster – An Orc With A Really Big Sword

The Orc Buster looks relatively common but can deliver quite a punch. Due to the Orc Buster’s Oversized Weapon trait, it can reach a potential damage rate of 15. This simply means that a lucky swing can kill or knock down a Level 1 character.

Well, the Orc Buster needs to be lucky because its attack will push through with disadvantage. Most of the time, disadvantage will yield terribly low rolls.

The Orc Buster’s Aggressive trait is also dangerous. Using a bonus action, the Orc Buster can exploit a gap in the battlefield to reach an unsuspecting caster or healer.

You can even make the Orc Buster more competitive by adding a handful of ferocious Orc companions. Just don’t go overboard because Orcs are notorious for Level 1 TPKs.

The Dream Walker is the real manifestation of a living nightmare. It looks terrifying, and it’s also loaded with powerful capabilities that can destroy mid-level characters.

Perhaps the most overpowered thing about the Dream Walker is its capability of attacking four times per turn. The tentacle attacks of a Dream Walker have the potential of dealing 20+ damage, ripping low-HP characters into shreds. Even dedicated tanks will have a difficult time soaking the damage dealt by such a monstrosity.

Clouded Mind and Dream Warp are also excellent innate capabilities that can render some characters useless. However, these capabilities aren’t too overpowered, and they can even be repelled by high-WIS characters.

You’ve heard about dangerous mummies with utter hatred for the living. How about a powerful, arcane-foul mummy that can continuously curse its victims? Well, such a monstrous mummy is none other than the Idol of Decay.

Despite being slower than regular 5E monsters, the Idol of Decay makes up for its Bestow Curse range of 60 feet. This simply means that the Idol of Decay can weaken almost any target on the battlefield, except those who are really positioned too far.

The Idol of Decay’s Malicious Bindings capability also acts like a grapple, rendering the character useless while suffering from continuous necrotic damage. To make the ability worse, the Idol of Decay can tether its foul energies to a maximum of four targets.

Ready to dig even deeper? The Idol of Decay has magical resistance and the capability to cast spells up to the 3rd Level! If you intend to use the Idol of Decay, make sure that you only accompany it with less than six minions. Going beyond six minions will possibly shatter the encounter’s balance, and you probably need to adjust things on the fly.

Oozes are fascinating creatures with numerous gotcha abilities that often leave characters dead or dysfunctional. The Irregular Cohort, a homebrew Ooze shapeshifter, is a great example. Capable of changing its form, the Irregular Cohort can adapt to various situations.

Aside from shapeshifting, the Irregular Cohort can break itself down into another separate form by sacrificing hit points. The new form can join the initiative and has its own turn. So, just imagine if you’ve fielded three Irregular Cohorts. All three shapeshifters can spawn three new forms, extending their action economy pool.

Also, the Irregular Cohort’s Form Armor trait can boost its Armor Class by a maximum of 6 points. The Cohort’s regular melee damage is not too impressive, but it still boasts an impressive +10 to hit. Keep in mind that the Cohort is just a CR6 creature.

How to Make DND Homebrew Monsters from Scratch?

Lay Down the Monster’s Concept

Everything begins with a concept, especially DND monster creation. Before attempting to make a stat block, you should understand your homebrew monster from the ground up. Is it a dragon meant to be the bane of heroes and common men? In that case, what type of dragon it is? Will this dragon become the big baddie of your campaign? These are some leading questions that you can answer as a homebrew monster-maker.

You can start by creating a ‘spec sheet’ for your monster. This spec sheet doesn’t need to be complicated. Short paragraphs or bulleted lists will do.

These are some details that you can add in your monster spec sheet:

The stat block is the general template used by all D&D monsters and NPCs. Stat blocks contain helpful mechanical information that can guide DMs and players alike (but mostly DMs).

We’ll show you the important components of a D&D monster’s stat block.

Under the monster’s name, you will find its size and alignment. Monsters typically have varying sizes such as Tiny, Medium, Large, and Gargantuan. Knowing these sizes is important because they are connected to lots of rulings and damage specifications.

The monster’s alignment is important in terms of narrative flow. Usually, DMs can use alignments to roleplay a monster’s behavior.

The next section of a stat block is the most well-read among others. Experienced DMs and players can read this technical section and determine if a monster is a real threat or not.

The Armor Class pertains to the numerical representation that must be hit or exceeded before the monster is damaged. Hit Points, on the other hand, represent the monster’s health and vitality. Speed shows the monster’s rate and type of movement (some monsters can fly, burrow, or swim).

The next section is a highly flexible variant that changes depending on the monster’s sheer strength. For the sake of this article, we’ll call the section ‘Monster Capabilities.’

The ‘Special Traits’ section is another highly flexible part that changes according to the monster’s design. The Nightmare, for example, has Confer Fire Resistance and Illumination. Such traits can give fire resistance to the Nightmare’s rider and will also allow the Nightmare to shed bright light.

Basically, the Actions section represents what the monster can actually do in any situation (combat mostly). Some monsters can hurl projectiles while others can do melee attacks. Intelligent monsters can use spells or do stuff to hinder players.

Only the most powerful monsters and bosses have legendary actions. These actions are different from regular actions because they can be used, mostly, during players’ turns. Legendary actions are powerful and designed to give players a really difficult time.

Expound the Monster’s Lore and Habitat

Now that you’re aware of the monster’s concept breakdown and stat block, you should spend time building its lore. Take note that you can do this process right at the beginning. It will even help you save time to bunch concept design and lore creation together.

The monster’s lore can expound its origin story. Perhaps you have an interesting tragic story that can be linked to the monster’s existence. Lore is important because it can affect the direction of your campaign in many ways imaginable.

Is it hard to make a DND homebrew monster?

Answer: Creating a DND homebrew monster isn’t difficult as long as you know how to read a monster’s stat block. If you’re a total beginner, you can watch a couple of Youtube videos about DND monster creation. Or perhaps you can read the Dungeon Master’s Guide and hop on to the chapter focused on creating homebrew monsters.

Is it okay to give spells to DND homebrew monsters?

Answer: Nothing should stop you from adding spells to regular monsters. However, for the sake of logic, you must ensure that the monster has an INT score of at least 12. After all, a regular wild boar cannot cast spells unless it is fully sentient or driven by a weird strand of magic.

Can I give legendary actions to a regular monster?

Answer: D&D 5E’s Challenge Rating isn’t accurate. Think of it as a guideline that you can use when it comes to monster or encounter creation. Don’t rely on CR too much. Rather, you should gauge a monster’s difficulty rate by looking at its design, origins, and capabilities. The same manner applies while determining the XP that the monster should give out.

Answer: It depends on the general working logic of your campaign world. Intelligent monsters might have some loot with them, while savage creatures yield natural loot like fur and teeth. Also, you shouldn’t give magic items all the time. Always use magic items as rewards for difficult encounters. This way, your players will feel more satisfied as they progress through the campaign.

Is there a book that can help me use a homebrewed monster effectively?

Answer: There are lots of books that can help you make a homebrewed monster. One of these books that you can try is RPG Homebrew Monsters. This book contains the essential elements of building homebrew monsters such as concept creation, stat block advice, and general strategies.

Do I need a miniature to represent my homebrewed DND monster?

Answer: While you don’t need miniatures to represent homebrewed monsters, they are really helpful for creating immersion in the table. Thankfully, there are different types of minis that you can choose from. Most minis are affordable but some branded ones are expensive.

Answer: Not all the time. There are some instances where officially published monsters become stronger than homebrewed monsters. It all depends on the DM’s sense of balance and the specific demands of the campaign or adventure.

Using homebrewed monsters for your D&D game is a fun thing to do. Also, creating a homebrewed D&D monster is equally interesting. However, you don’t have to overthink the entire process. Simply follow the tips that we’ve shared and you’d be able to create an awesome, memorable homebrew DND monster.

Do you have some ideas about DND homebrew monsters? Share your monster idea in the comments’ section below! 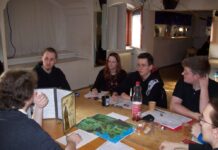 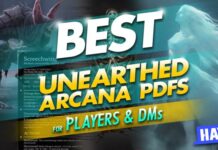 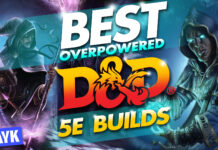