NICKMERCS, real name Nick Kolcheff, is a body-building streamer and YouTuber known for competitive Fortnite gameplay. To his many fans, he’s earned the title, “The controller king of Twitch.” He proudly goes up against mouse and keyboard players armed with a controller and skill.

He started his career by streaming and making Outlast videos, before moving onto more popular games in the Call of Duty franchise and the first Destiny. He ground his game for a long time before finally achieving recognition for gaining the world record for most squad kills in Fortnite. Ever since Fortnite’s release, he’s been playing it and racking up the wins and improving his channel, the channel even getting hacked at one point. He was a member of 100 Thieves from 2016 to May 24, 2019, where under a week later, he joined with FaZe Clan.

What controller does Nickmercs use?

On his Twitch streams, he happily interacts with his fans, freely giving out advice for fellow gamers. From what the best settings are, to tactics and building strategies, even to what his favored controller is — which, coincidentally, is the SCUF Infinity4PS PRO MFAM.

Controller! And I use the standard controller layout, with L1 to R3 and a scuf controller 👊🏼 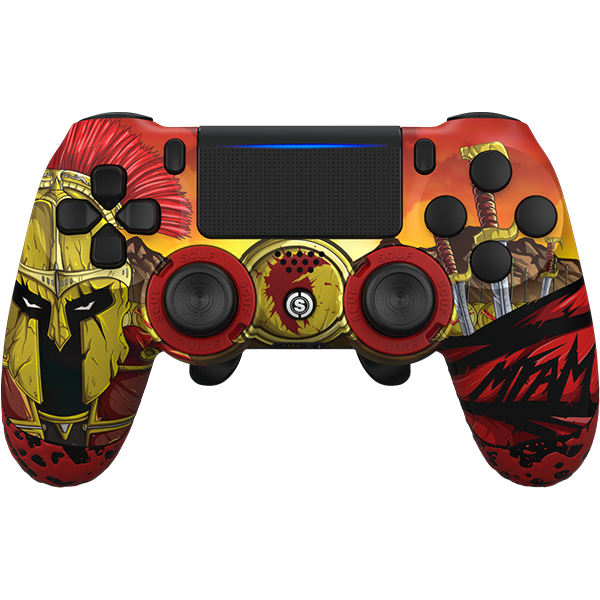 The Infinity4PS PRO is a gaming controller that is designed for PC and PlayStation consoles. It is fully modular and highly engineered, allowing you to get a simple repair rather than having to buy an entirely new controller. This allows the controller to be an investment in your hobby or career, rather than a simple purchase. Past all that, it’s a solid purchase because it’s a solid controller.

SCUF Gaming has been in the business for a long time. Famously, they are so good at what they do that Microsoft made them an official 3rd party controller. They’ve been in the business for a little while — just nearing a decade — but in that time, they’ve put out some great pieces of hardware. In their years of business, they’ve put a focus on producing gear that is efficient and high-quality, letting players elevate their game. To that point, they have been granted over a hundred patents, with over half a hundred more still pending.

They focus on several different areas, which can all be seen in the design of the Infinity4PS PRO controller. They are, in no particular order — innovative features, customizability, modular, performance, and ergonomics.

One of the many reasons the SCUF Infinity 4PSPRO is so well-received is due to the fact it is one of the best modded PS4 controller. It’s so customizable and it helps to make it feel a bit more like the piece of equipment that you like best, as opposed to some stock controller you picked up at a retailer.

There are a plethora of options to choose from. What color buttons? What style of grips makes you feel most comfortable? This, of course, doesn’t even touch on the different options and colors for faceplates on the controller, which are wide and varied.

This one’s for the #MFAM.

The @NICKMERCS design is now available on the SCUF IMPACT! 🐻🎮

More importantly, what manner of controls work best for you? Do you want a control disc or a D-pad? What style of triggers do you prefer, whether digital tap or default? Would you like your thumbsticks domed or concave? And further on that last note, as it is made by SCUF, this controller features the SCUF Ring and Lock system. This system allows owners to switch out thumbsticks on their controller quickly and easily for any others they might prefer.

When you’re a professional — or even simply a competitive — gamer, you need a tool that can bring your play to the next level. For that, you need one that is suited exactly for you. Whether that’s what form the controls take or what the controller looks like.

Many features are up to you as the buyer to determine, as on their website SCUF Gaming allows you to fully customize your controller. Besides that, of note, there are two paddles located on the bottom of the controller itself, where they can be manipulated by the ring or middle fingers around the grips.This isn’t the first time that SCUF has included paddles like this. However, in previous iterations, such as the Xbox One controller, they had to be attached separately to the controller via a removable plate. Here, they are a part of the controller itself and can be removed with a simple push and twist.

The paddles themselves provide a useful feature, especially for Fortnite players. These are two extra inputs for control and functionality, allowing some competitive controller players to rival the speed and versatility of mouse and keyboard players. Once Nickmercs got in the habit of using the paddles, he found that he was making “flashy, quick edits” in a way he simply hadn’t been able.

There is a downside here. Some people, especially those with larger hands, find the positioning of these paddles to be a bit awkward, oftentimes accidentally pushing them down until the adjustment is made. For these cases, the paddles can be either removed or remapped to a different command. Nickmercs has said previously that he struggled with utilizing both of these paddles, having practically never used the right paddle.

Past the positioning, those who have made use of paddles in the past may be disappointed by the number of paddles. Other controllers, including those made by SCUF, feature up to four paddles, allowing for that extra bit of functionality. That number isn’t necessary, as pro gamers like Nickmercs get by on two, but it is worth mentioning.

These features provide extra functionality, especially for Fortnite players, and are well-thought-out.

Ease of Use and Performance

There isn’t much to say here. SCUF Gaming knows how to make quality controllers that are easy to install and use.

Pairing this controller with a PS4 is just as simple and easy as doing so with a standard controller. A quick USB hook-up will set the controller to configure for that PS4. For PC, simply using a micro USB can have it act as a wired controller without having to subvert your existing PS4 connection, while otherwise the controller can be discovered on Bluetooth. Just take care to make sure your gaming rig doesn’t mistake it for a speaker, as there is one on the controller!

In gameplay, the controller shines. The thumbstick motion is smooth and fluid, less “janky” than other controllers. The buttons are easy to press and responsive, especially the triggers. While the paddles take a bit of getting used to, they are just as reliable. Everyone hates when a button press doesn’t go through, or a trigger jams up during a critical moment because you got a teensy bit rough with it. SCUF aims to be reliable here. In their words, “more speed, more control, more wins.”

In further terms of performance, the battery life sits roughly in a median and grants a rough 8 hours of use. This is fairly reasonable, though the manufacturers could have included a larger battery size in exchange for a weightier controller.

The controller controls well, is easy to install and use, and is reliable. These are the essentials to any good controller.

For almost as long as there have been video games, there’s been a fiery debate on platforms and consoles.

At every stage, steps were taken to reduce the weight of the controller to, in turn, reduce hand fatigue. This does come at a cost however, in that the battery life is slightly reduced, though still resting at a comfortable eight hours of continuous play.

The grip is comfortable, with the option to have military-grade SCUF grip. The material itself is similar to what is used to coat military equipment. The feeling is unique, surely helping with cases of sweaty palms during an intense game!

All in all, the design is solid and fits well in hand. It’s clearly the product of more than a few years of effort and iterated design. SCUF Gaming is popular for a reason, and similarly, there is a reason why Nickmercs chose this controller.

Recently in the Fortnite community, a debate has sprung up among controller users as to which is better: linear or exponential aim. Now, those terms are all well and good — they certainly sound like they would fit among a plethora of other obscure and specific settings for a game — but what do these two terms actually mean? How do they impact your game? More importantly, how can you use them to bring your play to the next level?

All in all, it’s very simple. The aim setting determines how the input from the thumbsticks is used to aim your reticle. For controllers, the size and shape of the thumbstick mean that different methods may be needed to get the most accuracy as opposed to raw input from a mouse and keyboard. Currently, there are two main methods of doing this.

Linear aim setting is just that — it takes the raw input from your thumbstick on a 1-to-1 ratio and gives you exactly what you put in. This is the purist route, where personal skill is king and accuracy is the point of the day. It’s similar as well to how PC gamers declare it’s necessary to turn off mouse acceleration to gain accuracy.

But, where people who aim with mouse need an exact recreation of their movements to get competitive, for controller-players that can be a little difficult. A thumbstick is a completely different method of control than a mouse after all. Still, many top controller players use linear aiming. Nickmercs has said that his best building and editing are done with this setting — for him, the motion is fluid and seems more natural. Conversely, he states that going with linear aim is the worst aim assist setting for shooting and aiming because you have zero aim-assist.

Exponential aim acceleration is different — it causes smaller stick movement to have less of an effect, with larger movements having more of an effect. For a certain amount of milliseconds, your input is reduced in effect, with your crosshairs speeding up the longer you press the thumbstick to the side. There is both a scale and ratio there that has to be practiced to understand and implement. In terms of balance, it sits right in the middle, between linear and legacy aim settings.

Many people who use this setting say that it grants greater accuracy, allowing for careful aiming when needed and quick, agile movements beyond that. It allows gamers to take their movement and tactics to the next level, allowing them to do plays that they otherwise would fail. Nickmercs states that he prefers this mode, repeatedly saying that it is excellent for tracking in mid-air and hip-firing.

Of course, previously there was the option for Legacy Controls. This had set things back the way it used to be and grayed out a lot of options, including your choice for aim assist. Nickmercs himself believed this would have given players the strongest aim assist available, having quicker and accurate gameplay, and letting players have options that wouldn’t otherwise be reasonable. This was mainly due to the ability to lock on to targets by zooming in, which granted an incredible advantage. Recently, however, this option has been removed for that very same reason.

Regardless, you should try both of these settings out for yourself to see what you like. With some time, experimentation, and effort, you may find yourself at the top of the leagues facing off against Nick himself! 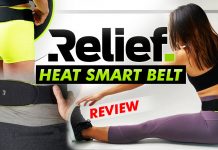 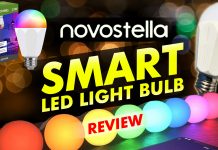 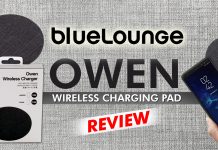