While it’s only been a few months since the launch of the Xbox Series X, several games are already showing great promise for the future of the console. Multiplayer first-person shooters are saturating the market, but many single-player games have recently garnered a lot of attention. These games also tend to highlight the capabilities of the console better than their multiplayer counterparts.

If you’re looking for a stellar solo gaming experience, this list rounds up some of the best single-player Xbox Series X games today. Whether you’re into action adventures or role-playing games, we’re sure there’s a title on this list suited for you. It should also be noted that all the games below are optimized for the new console, promising enhanced visuals and smooth gameplay. 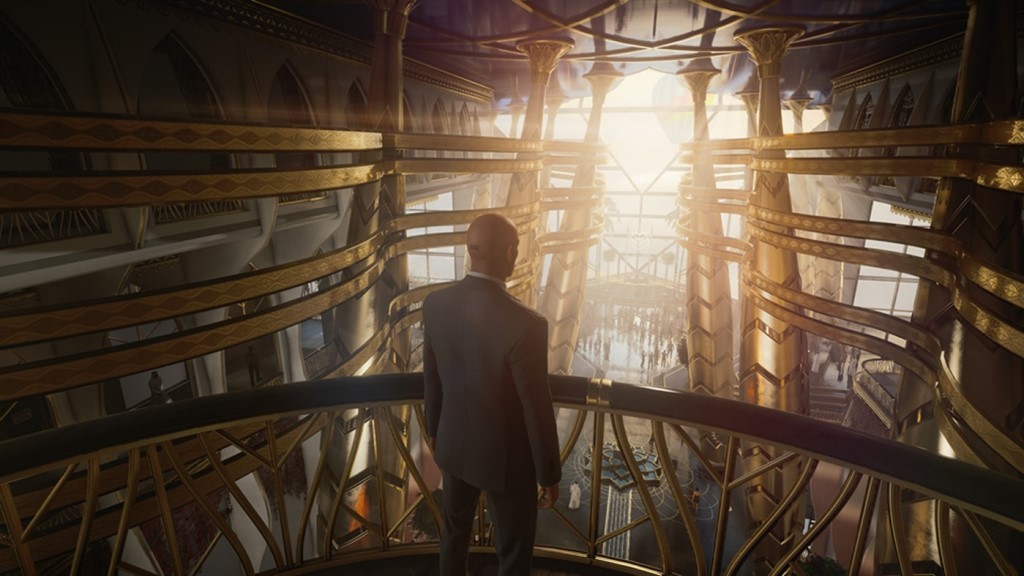 Hitman 3 is a slow-paced third-person stealth game that casts you as a genetically-engineered assassin on a mission to hunt down the leaders of a secret organization that controls international affairs. It draws a dramatic conclusion to the last two games and lets you travel to various places to carry out contracted killings.

Hitman 3 has some of the most imaginative and visually appealing levels in the trilogy. It lets you explore stunning locations like Dubai, Berlin, and Romania before executing your targets. Your goal is to hide in plain sight and wipe out any evidence.

While its premise is inherently violent, Hitman 3 isn’t necessarily a grisly game. It’s built around puzzle-solving exercises that encourage you to learn and exploit gameplay systems rather than carve a bloody path of savagery. 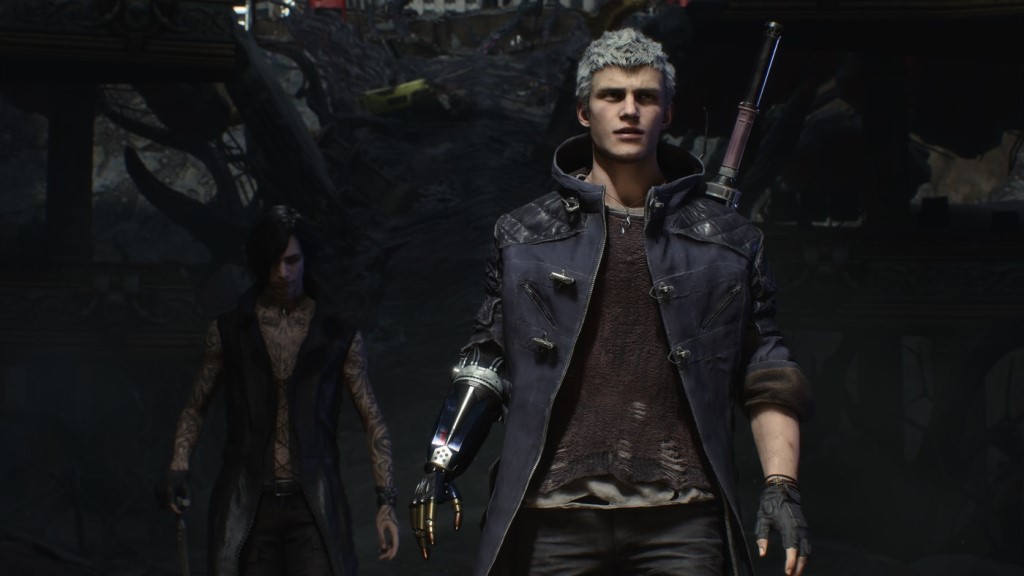 Devil May Cry 5 is an award-winning action-adventure game that follows a trio of powerful demonic warriors as they attempt to save the human world from the demon king. It features an exciting story and a remarkable combat system that will keep you entertained for hours on end.

Travel through demon-torn cityscapes and hellish underground chasms as you eliminate hordes of enemies. How you obliterate your enemies is also a vital gameplay element as the game rates your performance on every level. The higher the rating, the better the rewards you can earn to buy upgrades, techniques, and weapons.

Devil May Cry 5: Special Edition includes all downloadable content, including additional modes and cutscenes. It also has Vergil as a playable character in his own story mode.

Ori and the Will of the Wisps 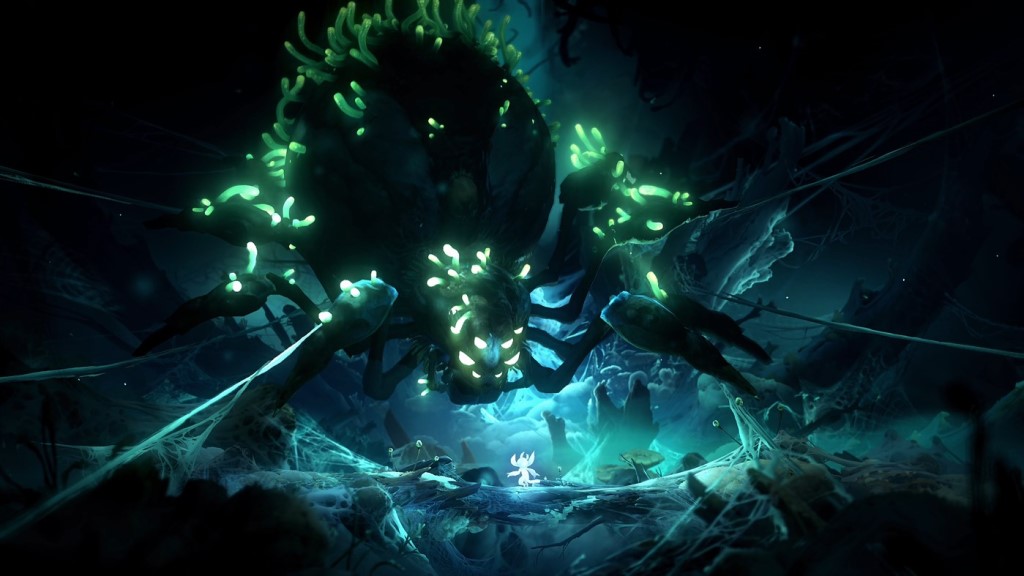 Ori and the Will of the Wisps is a platform-adventure dungeon crawler that continues the story of Ori and the Blind Forest. It essentially takes the brilliant formula of its predecessor and takes it to another level, improving the combat system and retaining the gripping storyline.

Most of the single-player games on the market are sprawling open-world titles, so if you’re looking for something different, give Ori and the Will of the Wisps a try. 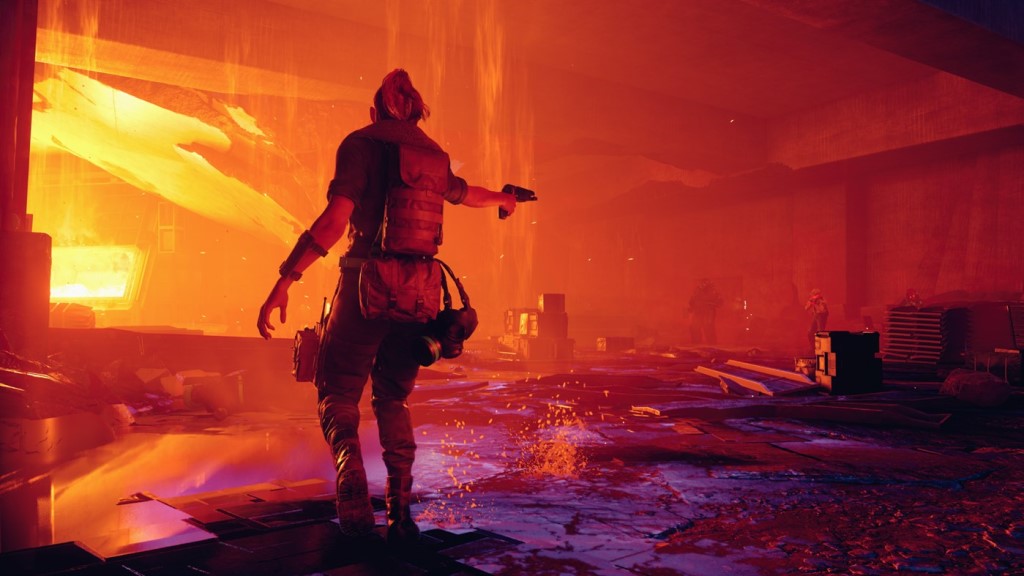 Control is a third-person action-adventure game that casts you as the director of the Federal Bureau of Control, a clandestine government organization tasked to contain, study, and control paranormal phenomena. An ominous force puts humanity at stake, and only you have the power to subdue it.

Control takes advantage of next-generation hardware to produce some of the most stunning cinematic visuals. It utilizes ray tracing technology to create detailed environments without compromising performance.

Overall, Control combines an inspired narrative with a profoundly satisfying combat system to present an expansive gameplay experience that will keep you on the edge of your seat. 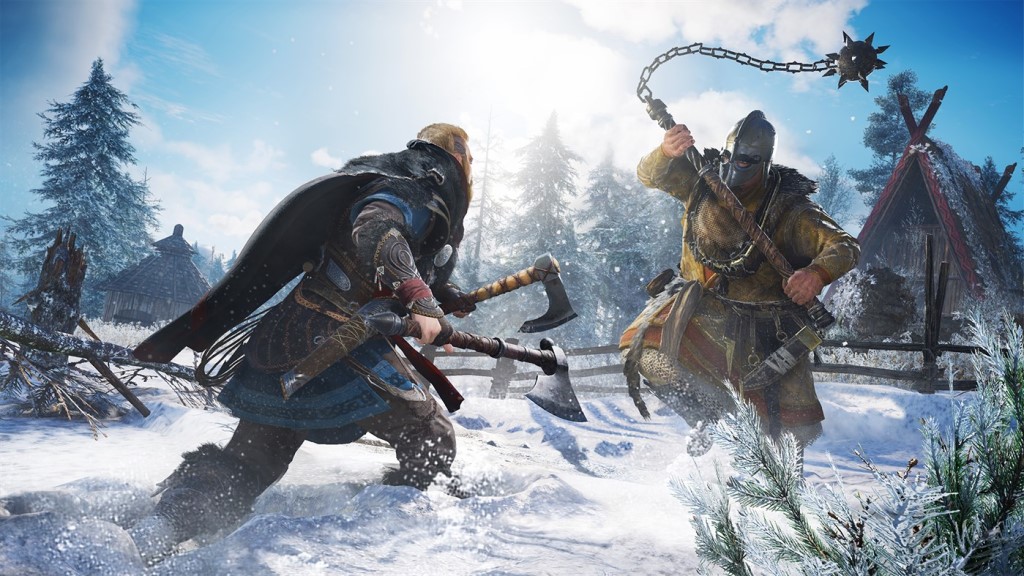 Assassin’s Creed Valhalla is widely considered as one of the best installments of the renowned franchise so far. It is an open-world action-adventure game that recounts the fictional story of a Viking invasion of England.

Valhalla lets you explore a dynamic and massive open world full of quests. You can raid enemies, grow clan settlements, and build political power. Relive the instinctive fighting style of the Vikings as you dual-wield weapons in combat. 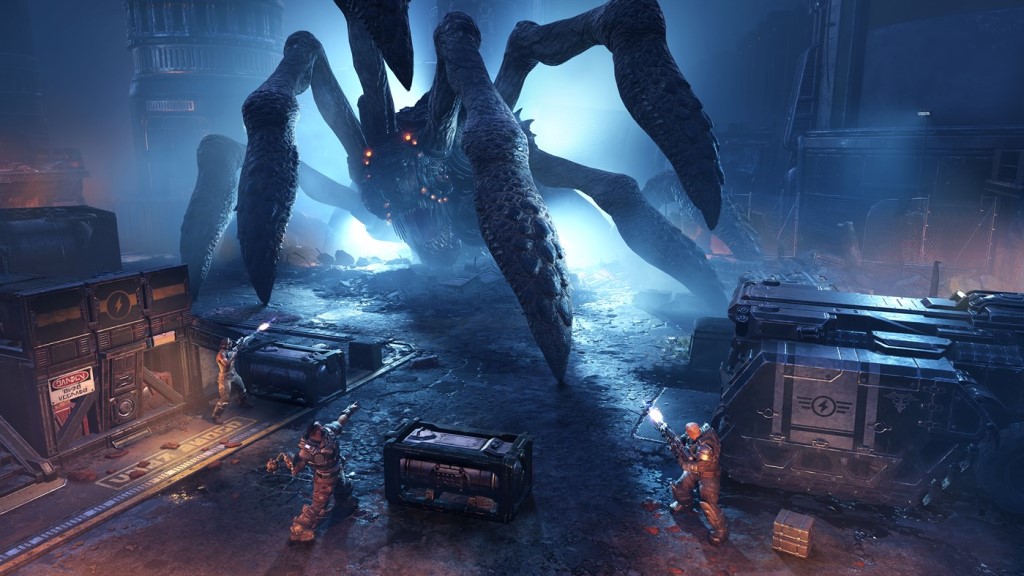 Gears Tactics is a fast-paced turn-based strategy game set before the events of the mainline series. As the cities of Sera start falling to the Locust Horde, you and a group of survivors emerge to try and save humanity.

You must recruit, equip, and command your squads as you hunt down the ruthless leader. Although you are outnumbered and fighting for survival, you can outsmart your enemies in tactical turn-based combat. 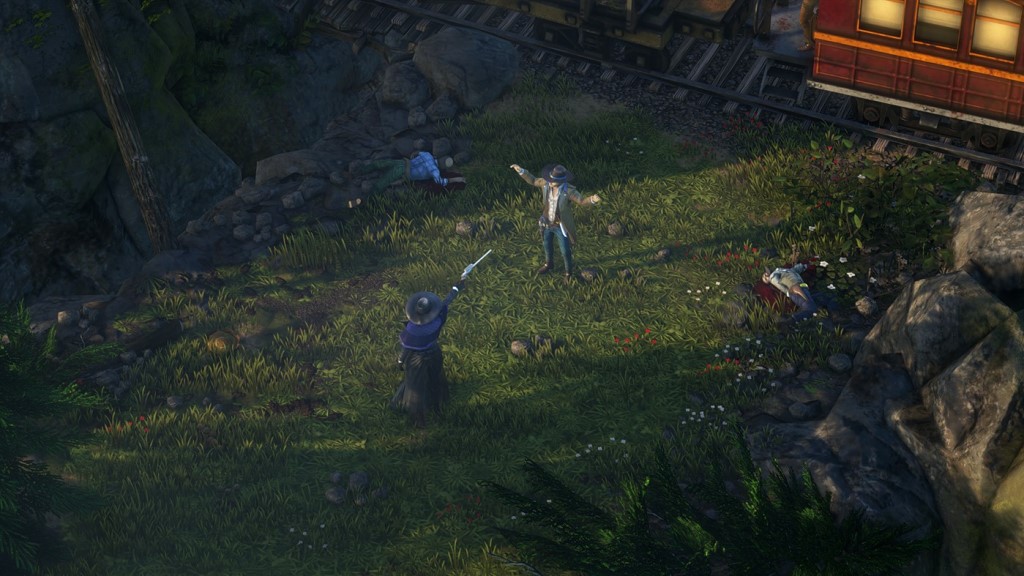 Desperados III is a tactical stealth game set in the Wild West. It is the much-anticipated prequel to Desperados: Wanted Dead or Alive, in which you must play smart to avoid being at the business end of a pistol.

In Desperados III, you control a team of gunslingers and bounty hunters who join forces on a quest for redemption. Combine your characters’ special skills to conquer opponents in your own style. You can also devise sneaky plans to get past your enemies undetected. Your journey spans rural towns, swamps, and riverbanks before ending in a dramatic and legendary showdown. 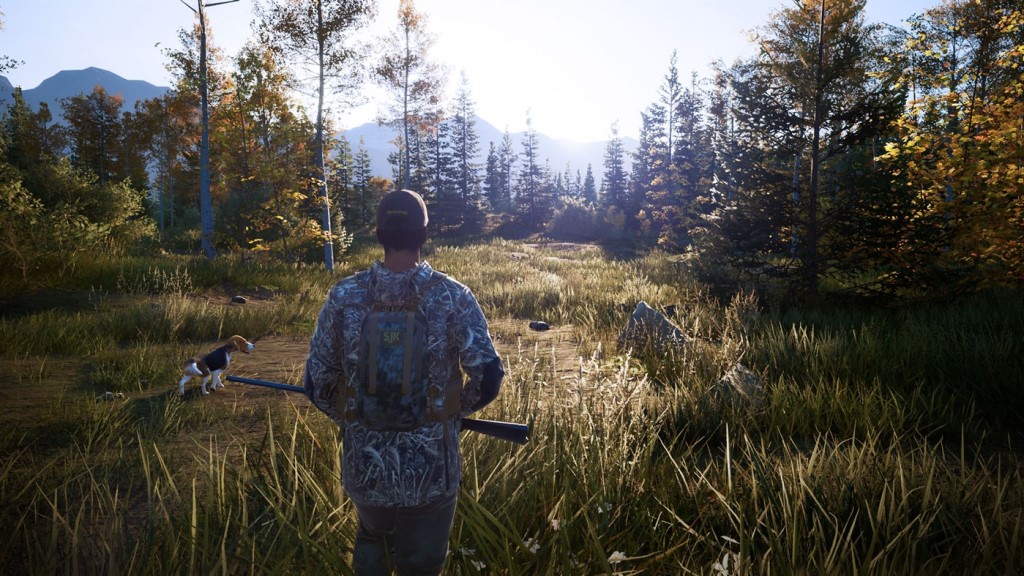 Hunting Simulator 2 lets you experience the hunting lifestyle through your television screen. Explore the landscapes of Texas, Colorado, and Europe as you track down various animal species with the help of a hunting dog.

Hunting Simulator 2 features over a hundred official weapons, accessories, and gear from brands like Browning, Winchester, Bushnell, and Verney-Carron. This game utilizes advanced artificial intelligence, so you can hunt animals that exhibit realistic behaviors. You can also choose between three hunting dog breeds with unique attributes to help you track down prey. 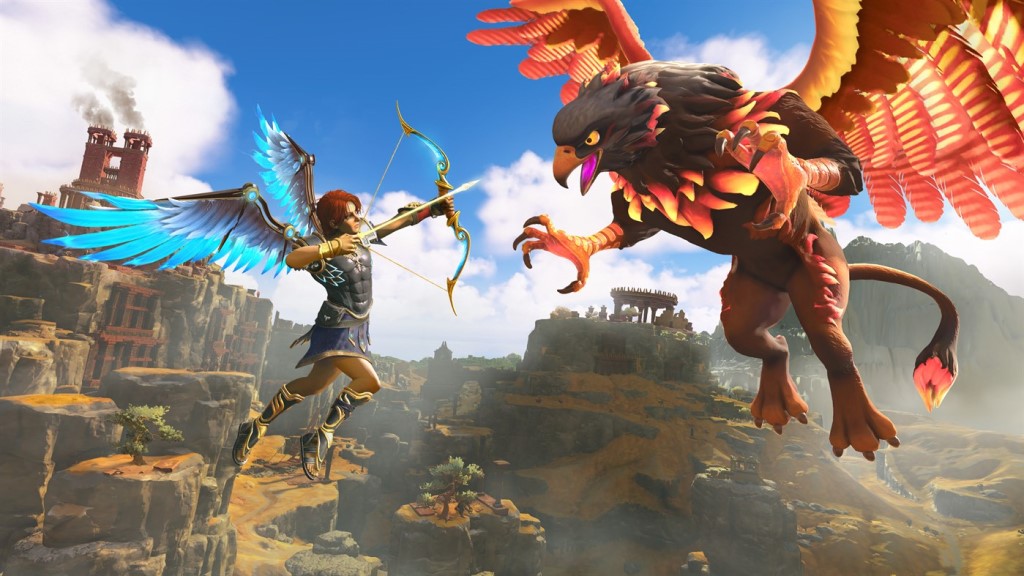 Immortals Fenyx Rising is an open-world mythological action-adventure game that lets you play the role of a warrior sent on a mission to save the gods from a dark curse. It is set in a stylized fictional world comprising seven regions full of surprises.

Immortal Fenyx Rising lets you wield the power of the gods and fight mighty mythological beasts in the air or on the ground. Use your skills and employ a set of diverse weapons to deal devastating damage to your opponents. 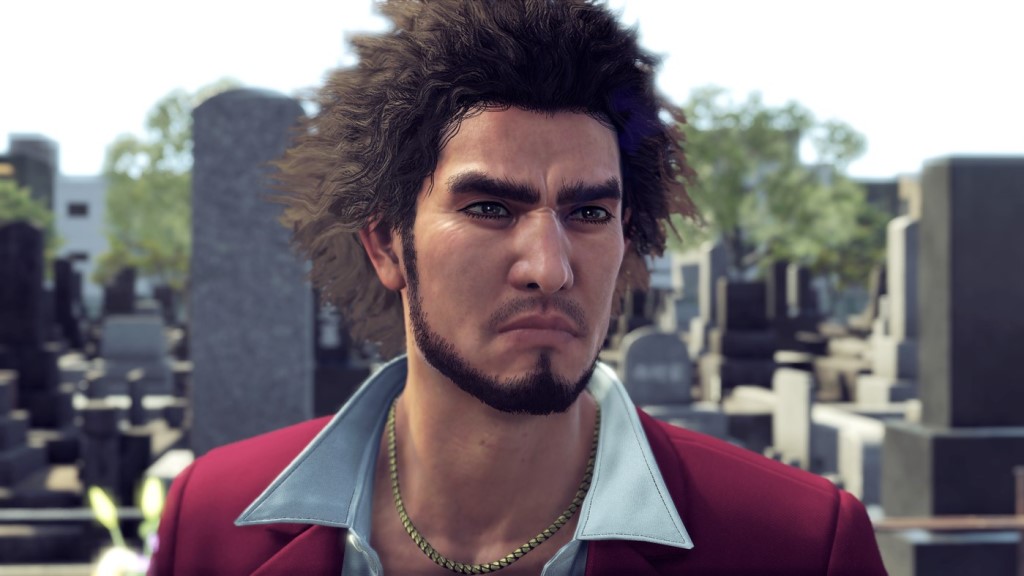 Yakuza: Like a Dragon is a role-playing game that puts you in the shoes of Ichiban Kasuga, a low-ranking grunt betrayed and left to die by the man you trusted most. If you’re new to the franchise, this title is the perfect entry point as it features a brand new protagonist and storyline.

Like a Dragon features a dynamic combat system that lets you use the environment against your enemies. It also has a diverse set of weapons, including bats, umbrellas, bikes, street signs, and virtually everything you can pick up on the battlefield.

When you’re not busy cracking skulls, you can switch between various jobs that range from bodyguard to musician. Like a Dragon also has a plethora of substories that you can complete at any time. You can even hit up the local arcade or compete in a kart race to relax. 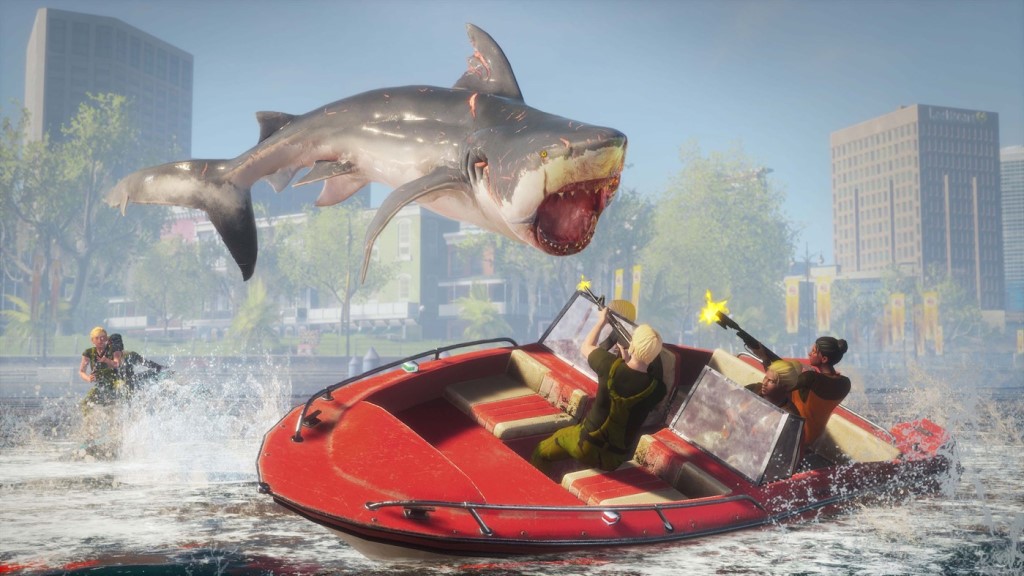 Maneater is an open-world action role-playing game that lets you take control of a shark. Help it devour enough nutrients to grow and evolve far beyond the bounds of nature and become an apex predator of legends.

The shark starts as a small pup that must find the right resources to survive the harsh underwater conditions and climb the ecosystem. Explore the massive open world and encounter various enemies — human and wildlife. Your ultimate goal is to exact revenge on the fisherman who disfigured the shark as a pup and killed its mother.

Call of the Sea 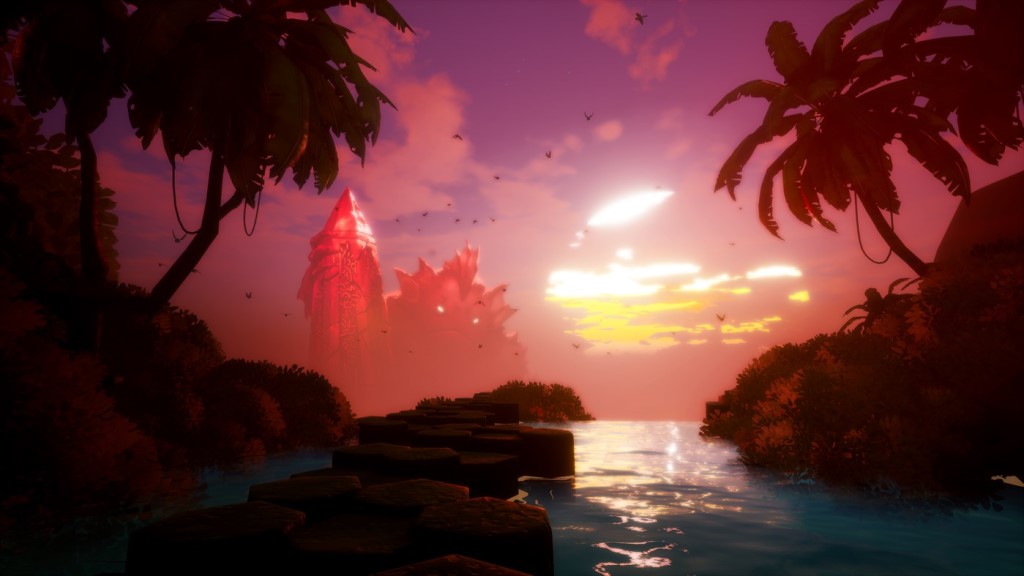 Call of the Sea is a first-person action-adventure game that tells an otherworldly tale of mystery and love. You assume control of a woman who travels on an island in the Southern Pacific to find her husband, who has gone missing after embarking on an expedition.

Call of the Sea lets you explore a lush forgotten paradise and solve puzzles to unearth secrets about the island and the expedition. This story-driven adventure is full of emotion, suspense, and surprises that will keep you on edge while you piece together clues from a previous voyage. 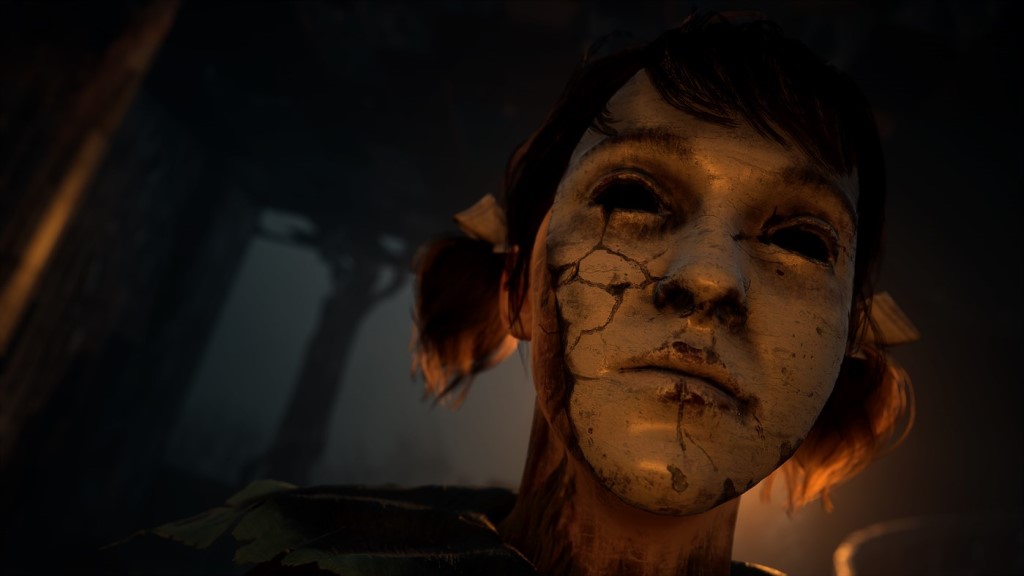 The Medium is a third-person psychological horror game that casts you as a medium who can inhabit the physical world and the spirit world simultaneously. It revolves around a dark mystery in an old communist resort that only you can solve. Uncover disturbing secrets, solve dual-reality puzzles, and survive encounters with sinister spirits in this suspenseful adventure.

In The Medium, you can use the out-of-body experience to examine places you can’t go to in the real world. The spirit world is a disturbing place where our unpunished deeds, evil urges, and vile secrets can take on forms, so you must be careful. If you run into otherworldly dangers, you have the ability to create energy shields and deliver powerful blasts to survive.

The Medium features a mature and morally ambiguous story that makes you question everything. You must use your psychic abilities to explore both worlds and use the interactions between them to solve dual-reality puzzles and awaken memories of past events. 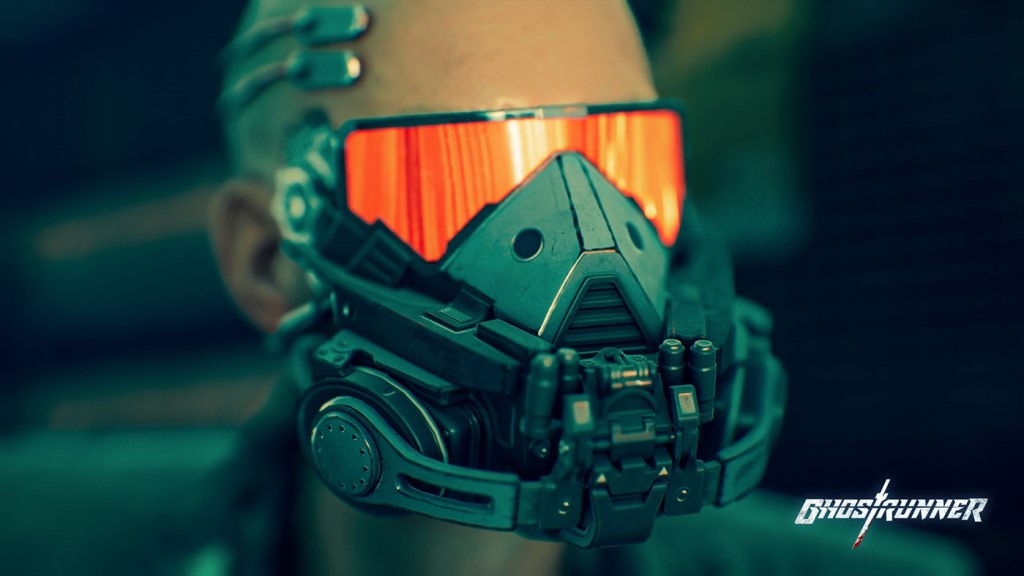 Ghostrunner is a fast-paced first-person slasher set in a dystopian world where only one megastructure stands after a cataclysm. Make your way up the violent tower from the very bottom to confront the tyrant who has little regard for human life.

In Ghostrunner, the strong go after the weak as resources run out and chaos ensues in the tower. You control a katana-wielding fighter who is always outnumbered but never outclassed. Slice your enemies and dodge bullets with your superior reflexes as you make your way to the top of the tower!

This game has one hit, one kill mechanics that keep combat fast-paced and intense. Your character also possesses incredible mobility, so you can fearlessly engage in a never-ending dance with death.

Overall, Ghostrunner is one of the most exhilarating and violent single-player games you can get today. It masterfully blends an original setting and post-apocalyptic themes to deliver a unique gaming experience. 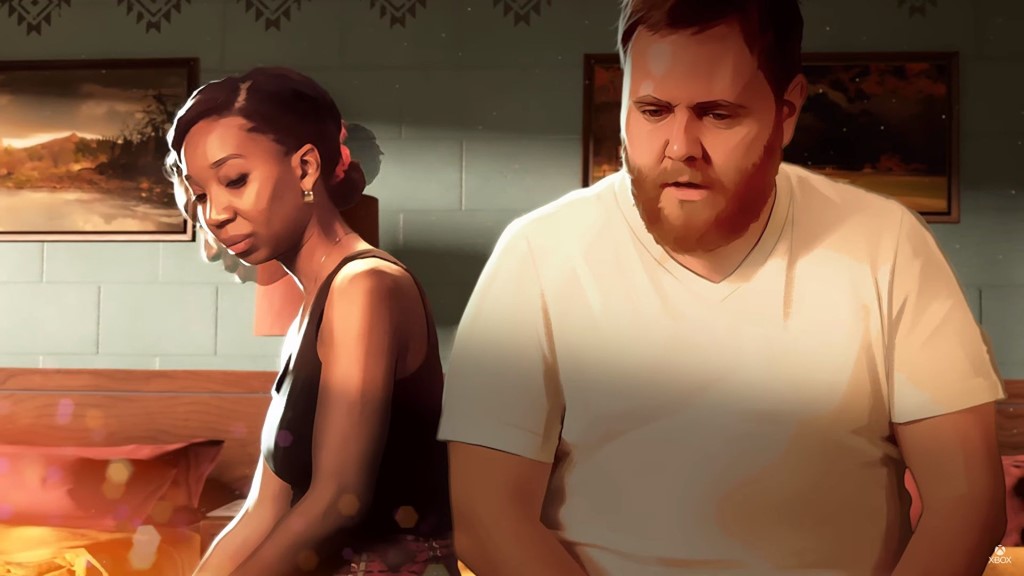 As Dusk Falls is an interactive drama that delves into the entangled lives of two families across three decades in small-town Arizona. This game compels you to make choices that significantly affect the characters’ lives in an epic story of betrayal, sacrifice, and resilience. 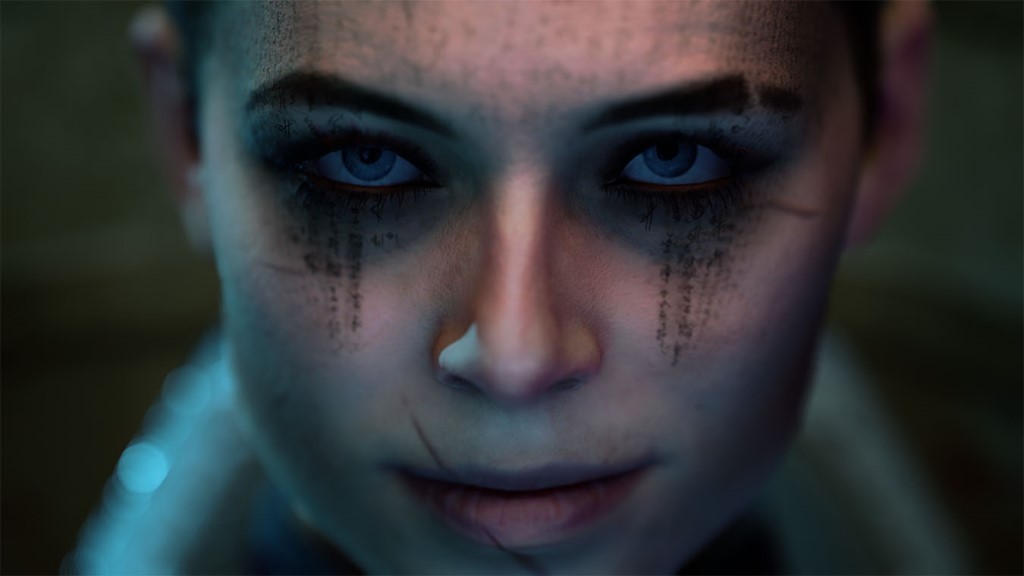 Chorus is a science-fiction action-adventure game that lets you control Nara, a deadly warrior on the run from the cult that created her. Go on a quest for redemption across the galaxy with your sentient ship.

Discover stunning locations like sprawling space stations and strange planes of existence beyond our own. Engage in zero-gravity combat and gain powerful weapons and upgrades. Your ship has unique drift mechanics and mind-bending abilities that you can master to dominate your opponents. These include extra-sensory perception, teleportation, and telekinesis.

That concludes our roundup of the best single-player Xbox Series X games. Which titles are you getting to push the capabilities of your new console? Let us know in the comments section below!