Though there are no radical changes to the well-loved iPhone, there are still plenty of reasons why you should consider switching to this new phone. Before you buy, here’s everything you need to know about the latest Apple devices.

The iPhones have ditched the traditional monochrome colors and decided on a new palette of colors. The iPhone 11 will have a Purple, Green, Yellow, White, Black, and Red variations.

The back design is precision milled and sculpted from a single piece of glass. It is not just decorative as it is also sturdy. It has an IP68 water resistance rating for two meters for 30 minutes.

For the iPhone 11 Pro and Pro Max come they are available in Midnight Green, Space Gray, Silver, and Gold. These Pro models are furnished with a textured matte glass back plus a polished stainless steel band. Aside from equipping the Pro iPhones with what they call the “toughest glass ever.” They also have an IP68 water resistance rating for up to four meters for 30 minutes.

However, the feature that is turning heads is the camera hardware and software. The three cameras on the back of the iPhone 11 Pro and Pro Max are undeniably Apple’s highest risks for this year’s series.

These handsets are first to have a triple-camera array, with Apple attaching a new 12MP wide-angle lens beside the primary and telephoto lenses. This setup will enable you to capture more though you have to live with the bulge on the backside of the iPhone due to its square camera hump.

Like Google, Apple is also upgrading its camera software. The iPhone 11 lineup will sport a dedicated Night mode for better performance even in dark lighting. This feature will kick in automatically whenever you are shooting in the dark.

Apple TV+ will be launched on Nov. 1, and the company states that new original shows will be released every month. Apple announces the launch of The Morning Show, with Jennifer Aniston, Steve Carell, and Reese Witherspoon. They also announced the high-production-value and futuristic See, among many others. Though the content library will be not as extensive at first Apple is still tempting users to come onboard.

Mainly because the biggest shocker about TV+ is that it will be priced at $4.99 (as of this writing), which is remarkably cheaper than most of its competitors. Also, Apple will give you a full year subscription for free when you buy a new iPhone, iPad, or Mac. Undeniable with where this is going, Apple is grooming the TV+ to compete against streaming giants like Netflix, Hulu, along with newcomers like Disney Plus and HBO MAX.

For Apple users, the iPhone serves as the frontrunner for smartphone cutting-edge designs and features. For those interested the iPhone 11, 11 Pro and 11 Pro Max can be pre-ordered starting Friday, Sept. 13 at 5 a.m. PT and they will hit the shelves on Sept. 20. The iPhone 11, Pro and Pro Max starts at $699, $999 and $1,099, respectively (as of this writing). 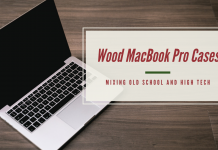 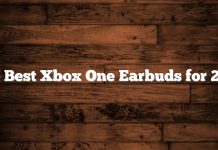