The annual Amazon Prime Day is set to be held in July. But because of the global pandemic, coronavirus, Amazon had to delay the event until Q4 of 2020. Finally, on September 27, Amazon announced that Amazon Prime Day 2020 will be on October 13 to 14.

We have a dedicated team always on the lookout for the best deals possible on Amazon now, and we’ll conveniently plug them here to help you save time from having to go through Amazon’s list.

To further our treat, we also included tips on how to partake in the event and how to pick the right mobile phone for you. Remember, there will be millions of massive deals on this day, and you’ll likely get overwhelmed unless you’ve made preparations ahead.

How Can You Avail of the Huge Discounts on Amazon?

To partake in this year’s Prime Day, you have to be a Prime member of Amazon. If you’re already a Prime member, you’re all set– all you need to do is wait for the events to go live.

How much does it cost to be a Prime member? Nothing.

You see, Amazon is offering a 30-day free trial of their Prime membership. Don’t worry; it’s totally free, so you should be able to avail of these massive discounts once you’re set. To learn more about the Prime benefits and to get yourself registered, check the following links below:

Unfortunately, you’ll have to subscribe again if your Prime membership has just expired. With the number of deals you’re entitled to get on this 2-day event, your one-month registration fee should be justified. Ultimately, it’s going to be worth it.

How to Make Preparations to Get the Best Mobile Phone Deals on Amazon Prime Day?

Some new models have been announced this year, such as Google’s Pixel 5. As for other phones, we’re expecting to see deals for some current and even the recently out phones like the Note 20 series, Google Pixel 4, Samsung Galaxy S20, as well as Motorola’s Edge series.

If you’re an Apple user, you might be disappointed since Apple’s iPhones don’t get the same treatment as other phones this Prime Day.

Now, what can you do to avoid buying the wrong deals on Prime Day? Besides making your due research on the product in question, making sure that the deal is legit is hard to confirm, unless you use online resources like CamelCamelCamel.com.

CamelCamelCamel.com allows you to see the price of the product for the past few months and its availability. With such information at hand, you should be able to confirm if the deal is real.

Another way to ensure you’re prepared is to know which tech specs matter when shopping for the best mobile phones, which we have covered briefly below.

There are two types of mobile phone builds, metal and plastic. But recently, glass-coated panels are popping up, although it’s constrained only to some models.

In case you’re likely to drop your phone because of the nature of your work, go for a metal or a plastic built, as this can sustain drops from about 2 to 3 feet, while glass-based mobile phones are sure to break and shatter.

The right size and resolution for you depend heavily on how you use the phone. For people who regularly use their phones to watch movies, stream videos, or edit photos, a full-HD or QHD resolution ranging from 5.5-inch to 6-inch should be enough.

The 5.5-inch to 6-inch FHD/QHD display size and resolution are also perfect for casual users who usually check their phone for emails, chatting, and browsing.

Suppose you use your handheld device to edit photos, play heavy mobile game titles, or stream videos. In that case, a phone with a powerful processing power is an ideal option for a seamless experience.

Smartphones with Snapdragon 820, Snapdragon 821, or Qualcomm Snapdragon 652 should handle these things smoothly. It’s also a highly recommended pick for people opting to do multitasks.
Storage
Depending on how you use your phone should be how much storage you should go for. Ideally, you’ll want to get mobile phones with at least 16 GB of storage space that supports microSD to give you enough headroom should you decide to expand down the line.

Having a higher megapixel count doesn’t necessarily make the mobile phone’s camera better, as there are now other specifications that need to be considered.

Among these specifications include pixel size, autofocus capability, ISO levels, camera aperture, and more. If you’re opting to get a mobile for photography purposes, you might want to get a mobile phone with a 12 or 16MP sensor under an aperture of f/2.0 or lower for quick shots (even in low lighting situations).

Battery life has always played a vital part when it comes to choosing a mobile phone. Because of mobile phones’ extra features nowadays, you should opt for a smartphone with at least 3500 mAh battery.

If you’re a heavy user, anything above 3500 mAh should be a priority. However, casual or light users should be OK with a smartphone with 3000 mAh, and should run for a full day. 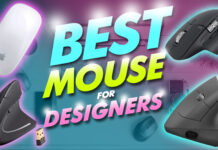 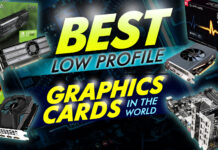