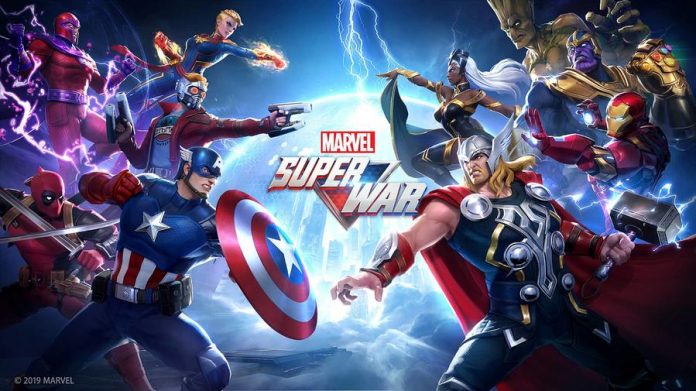 The masterminds at Marvel have teamed up with NetEase, the multiplayer moguls behind such titles as Onmyoji and Identity V, to bring you the very first MOBA game that takes place within the Marvel Multiverse: Marvel Super War. This game has quite an intimidating roster as it assembles characters from the Avengers, X-men and The Guardians of the Galaxy to battle it out for dominance against other superheroes.

Join forces with up to four of your friends to take part in fierce 5v5 or PvE online battles that will decide the fate of the multiverse. Take initiative and choose between an impressive array of Marvel heroes and villains including the likes of the mighty Thor, Captain Marvel, the incredible Hulk, Corvus Glaive, Deadpool, Mister Fantastic, the Executioner, Scarlet Witch, Loki, Ice Man, Storm, Magneto, War Machine, Hawkeye, Vision, Angel, Star-Lord, Rocket Raccoon, Black Widow, Quicksilver, Black Panther, Black Dwarf, Groot, Cloak and Dagger, Mantis and Thanos’ righthand man himself, Ebony Maw. While most characters here are represented by their film renditions, there are a few that are donning their classic comic book look.

This game feels like a party and can be enjoyed by both Marvel fans and MOBA players alike. Customize your dream team of Marvel heroes and upgrade their unique abilities and passive skills to become unstoppable as you and your reliable allies power through wave after wave of challengers. Unleash truly epic and devastating combos with your teammates that have never been used before. Face off against numerous powerful bosses like Surtur who can also be recruited after being beaten and summoned in battle to assist against enemies.

MOBA titles are known for their simplicity and fast paced matches that are easy to follow and Marvel Super War is no different. With such simple controls and smooth gameplay, anyone can conquer the battlefield. While most other MOBA games have a set algorithm for gaining experience and loot, Marvel Super War was designed with a more balanced combat system in mind that allows players to play however they want and still reap the benefits and loot between fellow teammates fairly. Strategy is everything in MOBA games so be mindful and get creative with your approach as you take over enemy bases and make a name for you and your team.

Each and every superhero and villain in Marvel Super War is unique and has a distinct set of signature techniques and passive abilities that they can be upgraded and used at their disposal. Everything ranging from the voice acting to the level design is pulled off exceptionally and flows very smoothly. Slash your way through large crowds of enemies as the graceful Black Panther or get trigger happy and blast opponents to the moon and back with Rocket Raccoon.

When it comes to combat in Marvel Super War, there are different types of play styles that you should try before you decide on a character that suits you best on your quest to mastery. Tank characters such as Hulk, Groot and Executioner have the highest strength and defense stats in the game and are capable of carrying the whole party during tougher missions if the need arises. With their excellent range coupled with their colossal strength, these tanks are capable of keeping large crowds of enemies at bay while other players work the odds and ends as supporting characters. These faster, more evasive supporting characters like Deadpool or Star-Lord are more agile than their stockier counterparts and are intended to incorporate a ”stick and move” approach with various projectile attacks from a safe distance to ensure they do not sustain any unnecessary damage.

Supporting characters can also hold their own amidst the thick of the action with close quarters combat if they need to, but players should keep a watchful eye on their health bar and know when to fall back if and when they do. Because these characters are generally known for having lower defense stats than their peers, it is very important to stay close to your team rather than running off to do the lone wolf thing. So always remember, there is absolutely nothing wrong with running away if and when a situation gets too heated, just ask Rocket.

Characters of medium stature who use mostly hand-to-hand or melee based attacks like Black Panther or Corvus Glaive are essentially a mixture of tanks and supporters that have decent damage, defense and maneuverability. Travel to many different locations on your adventures throughout the Marvel world ranging from the futuristic halls of Stark Tower to the lush forests that surround the mysterious city of Wakanda.

A closed beta of Marvel Super War is now available for Android and iOS users in Southeast Asia and India and is set to release in North America later this year. 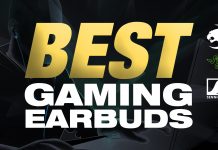 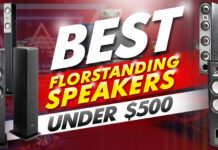 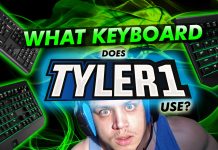 What Keyboard Does tyler1 Use?